One’s relationship with religion can be deeply emotional, even if that is unbeknownst to oneself. Growing up in a 1980s/1990s village in England with friends who were deeply, familially religious yet being of a single-parent home with a complex family structure there, it is obvious, lay many sticky wickets. Many places where an unconventional boy growing up and his friends some of religious families may find conflict amongst themselves. I remember a day when, walking to the village green to play football, we crossed the dirty grassy track through the bush and my best friend asked me not to say the word “damn” around him, because he found it deeply unsettling and/or offensive. I found it offensive that he was censoring me (though I doubt my inner monologue used that term). We were ten.

My mum did humour me on at least one occasion and we came to the Sunday Baptist service. We did not fit in. It was wierd. From that point onwards the weekly youth activities on a Friday night became more tumultuous and the relationship with the leaders and their children – those they were ultimately doing these groups for – became fractured. To the point where it was indirectly suggested that if the attendees did not go to Sunday services then it was not really for them anymore. We were maybe eleven or twelve. That was the first real experience of religious intolerance that I experienced. There were (as far as I could be aware) no Muslims, Sikhs or Jews in our village  – the most exotic theology was Catholicism and everyone found that family more than a little strange. Though if you ventured into Cambridge sometimes you would see an actual Buddhist monk wandering around in orange robes. That was like seeing an alien. Really.

The village had a divide – in that divide there were two sects: the builders with their Sunday morning football, weekly sermons at the pub on a Friday and Saturday which felt like something from witch-hunting days – families that seemed to be famous in the village, faces you recognised but you knew would never recognise you. Then there were the religious families, equally as famous, but in more of an old-village, rather than new-village way. Perhaps my outsider status with both groups afforded me clarity of perspective.  That was not unique to me, it wasn’t a particularly small village, at least not when I finally left – when I was born it was a three or four hundred homes lighter. Neither side were welcoming, both were intolerant in their own way and so organised religion and old-fashioned village bigots became two sides of the same coin.

Fortunately my mother was deeply open-minded and curious for her children, she brought us up with a deep curiousity in other religions and cultures. She took a stance that was intentionally opposed to village bigotry. She read us stories from the Ramayana, voted Green, practiced yoga and made sure we felt we could be whatever we wanted. It was a great gift. Especially since the village often conditioned us to laugh at those values.

But now, as an established adult, how does one make peace with traditional English religion and values and embrace the good things like Lent – the forty days preceding Easter Sunday whilst being more mindful of their history? Well, when I was a kid I’d often give up sweets for Lent, and then pig out on them after Easter. But I gave up junk food a month or so ago (and have never had more energy in my life) so I need to find something else. I didn’t even have pancakes on Shrove Tuesday (something established to get rid of fatty ingredients in the house before the fasting of Lent). So what can someone who does nor partake in the new British tradition of dieting on junk food give up?

I shall give up negative thinking.

But why? Why do we bother giving anything up for Lent? Penance – absolution before God. Something any good, god-fearing Westerner ought to do, right?

Well, I’m trying to avoid ruining my mental health at the moment – I’m getting my body, mind and soul in shape and I don’t think that I need to berate myself for my sins. In fact, I do not necessarily think that I need to rid myself of them. Yes, for some it may work in the traditional Christian way, but it does not work for me. I’ve done bad things. I’ve been a bad person. We all have. I’m not going to repress it and develop a personality disorder, that just can’t be healthy. So I’m not going to try and self-harm myself into ridding me of negativity, instead I’m going to embrace harnessing negative thinking (and more obviously talking negatively) by what I’ve read in Pema Chödrön’s ‘Start Where You Are’ which described Tonglen meditation. I’m not going to ignore my history and the traditions of my environment, instead I’m going to try and embrace the opportunity. I’m also not going to beat myself around the face repeatedly until my mind falls in line – I’m going to trust what many others have found deeply rewarding and I think it’s going to work really well (see, I’m being positive already!) 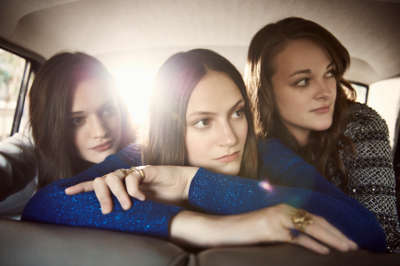 In light of Clarke Carlisle’s attempted suicide by stepping out in front of a truck Ralf Little has seen himself become embroiled in a trending discussion on depression and mental health. Clarke Carlisle, it needs to be said, does not deserve to feel the way he felt and to feel that suicide is a potential choice he could make – no one deserves that. Life should never lead someone to feel that. But Ralf Little has actually opened up a really interesting avenue for discussion about mental health, and part of it is not pretty! To put it into words: the welfare of those who live with, are related to and/or support people suffering with bad mental health.

Depression, for example, is a selfish disease of the mind – that’s why things like CBT can help so much: they afford the recipient perspective to see that actually things might not be of a structure that they believe, which can give them an ‘out’ from their disease and cycle of suffering.

There’s not that similar ‘out’ for those tasked with (either out of their choice or not) helping them though: not only do they witness the other person’s pain but they often receive the hostility that comes with mental health sufferers lashing out – which can be truly awful. What’s more, as good, compassionate humans it’s hard to say “I can’t help you”, which leaves a lot of people there absorbing another’s pain like a sponge and being unable to walk away. Years of that person’s life could simply disappear, and that’s a tragedy.

But there’s another even more risqué side to this discussion: if you’ve cared about someone and they’ve wronged you there comes a point where you can’t cope anymore – you’ve done everything there is to do and if you continued to stay in their life you’d be doing nothing but going around in circles, which is as bad for them as it is for you. The aforementioned selfishness of mental health aflictions can be as destructive to those around you as it can be to yourself. There are some depression sufferers who need to recognise when there is something that they do need to take responsibility for. One can simulatenously be being harmed and also harm, and that’s a tough tough truth.

It seems Ralf since has alluded to this more transparently: Ralf Little’s feud with Clarke Carlisle sparked by footballer using pal’s bank card for two-day BENDER