Is there a war on liberalism in Great Britain? With mentions of Jeremy Corbyn, or socialism, come what seems to be inevitable sneering and jeering and “lefty liberal” mockery. And it feels like the right hand is spiting the left but forgetting we’re all a part of the same body. It also feels like we’ve been here before and we’re just going around in circles. But then we are, aren’t we? Politics is transparently cyclical and without the great leveller that was the world wars will the “lefties” will have their voices heard? It seems unlikely. Voices of honesty and integrity are bland, it is only the grandstanders and the spinners that take the soapbox and only the sensational that get the headlines. The power of change is left in the hands of the many millions of non-voters, the third of Brits who are apathetic to their own lives, let alone the lives of others, and if they’re not voting now they’re not going to for the unspectacular Jeremy. Or at least that’s the fear. It is not a fear of left-wing defeat, but a fear that reality–truth, is not going to be outed. Without truth we’re just ice skating on jelly and hedonistically splaying apart our country. No one can react, grow or solve when the ground we’re building on isn’t understood. And as for change: proportional representation is never going to happen, it’s not going to be a thing, the Green Party will not be heard, JC will split their 2015 success and the environment will disappear further from the front-pages. The chinese will build their nuclear bonfires and George Osbourne will sell our integrity to whoever finds a way of finally botoxing away the distant bemusement that he can’t seem to hide from his face.

And it’s not new, it’s Thatcher, and its voices of the seventies that I hoped wouldn’t resurface. It’s emphasis placed on businessmen and women; cash-flow over humanity. It’s pretty fucking disgusting and it keeps leading to a question: what’s the point? 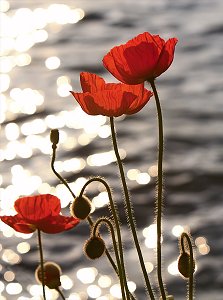 Discussions on the Rotherham sexual abuse continued today as hundreds of suspects including two Rotherham councillors have been identified by senior investigating officer Steve Baldwin. On Channel 4 News, Nazir Afzal, the former Chief Crown Prosecutor of the Crown Prosecution Service for North West England appeared progressing his points from last year on ethnicity and child sexual grooming and abuse.

He and Cathy Newman seemed in consensus on both white British males being the majority of perpetrators of sexual abuse in the UK, and also that in Rotherham the majority of men in street-gangs abusing girls as young as 12 are of ‘Asian appearance’.

It’s been almost a year since Professor Alexis Jay’s inquiry was published and it almost feels like a sea-change is around the corner, if not only because publicity is abundant right now.

There are arguably some closely cutting truths and lessons for British values, these are two that stick out:

Britain is not a country with an uncaring heritage. But the children of the World War generation were a bridge between a polarising ‘all in this together’, post-war era of socialist adjustments to British life, and now – whatever you call this multi-coloured; loud; fast; busy and vibrant time. Blame is unnecessary for confusion over a multi-cultural Britain that one did not grow up in and for all the sweeping generality of a ‘societal value’ in nuanced British life there are always people who will make a stranger a warm cup of tea, even if they do not know how to confront a social-demographic disruption. But it was wrong that those who had already fallen through society’s cracks were further ignored. It is a facet of our modern collective heritage that is as disgusting as football holliganism.

Cultural values evolve and just as with the Jimmy Savile abuse, some persist that ‘times were different’. Is that the case? It must be hard to believe that the things you hear whispered in pubs and lectured about by outspoken, shaggy haired liberals with clipboards or wide-eyed conspiracy theorists were actually true. It is hard to believe that people we see, people we live near and with, are capable of such barbarism and self-gratification by means of piercing pain, hellish isolation, torture and life-destroying terror that they put the victims of their actions through. Victims who were children, in all likelihood looking to older men for solidity and affection, if looking at all.

Britain needs to learn, it needs to look into the eyes of the most vulnerable in our society and see that just because the shape of some people’s lives is so different to our own, it doesn’t mean it is not true. Britain needs to redevelop community, hell… Britain needs to give a shit. Britain is a strength in the world for morality, at least that’s how it is seen.

But for all the bell-ringing, society is a monolithic cargo ship not a sailboat. And it takes time to turn. Evolution, not revolution.