Was that sassy?
My sassy SMS translator
was not turned on. 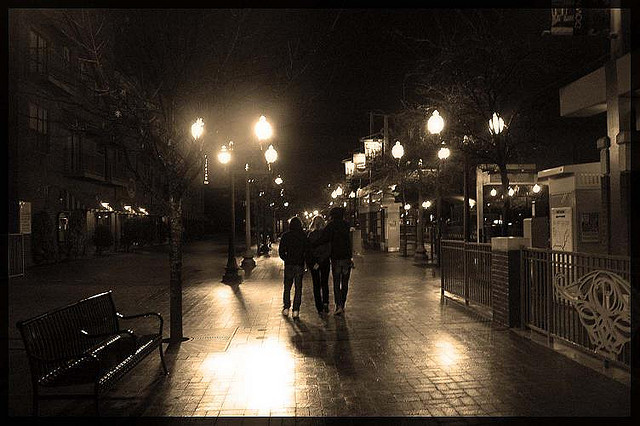 Wings by Ethyline captures coming of age in an age now gone.

I heard it on a mixtape made for me. In a time before smartphones and digital cameras. In a time before Facebook and before anything except a 35mm camera existed for teenagers to capture time so casually and one dimensionally, and even then there was no immediate editing so the truth was often more interesting than the clinical selfies of today. In a time before your actual friends had email so to cure boredom when you’re too young to go out at the weekend you’ve unintentionally become pen pals with a person on the other side of the world. Just because they were the only one who didn’t send you abuse in a chatroom on Geocities when you were twelve and you just kind of stayed in touch, for some reason. A time where snake on a Nokia ‘brick’ was the height of mobile technology.

I listened to the song in a coming of age moment wearing a hoody in the cold autumn and winter nights skating in car parks with friends. It was simpler and as a result organic beauty was less diluted. You participate or you miss it. In that era we didn’t talk over MSN Messenger, or MySpace. We didn’t tweet. We didn’t Snapchat each other. We met up. We all met up, and it was usually really awkward, and that made it really simple. Wings is a song that made a very faint splash but without the hype machine founded on word-of-mouth and filtering of the cream that music forums like Punktastic provide, it was all both temporal and fleeting. An isolation that’s mirrored starkly in Ethyline’s song. The lyrics and reverb with delay on the clean guitars and rimshots echo this.

Living was fleeting moments of adolescence, the stark difference between the sharp moments of winning and the drawn out age of being awkward and anonymous. The lack of photos, videos or statuses that capture something fleeting. I wasn’t ever on stage in a play, I didn’t do music recitals, I didn’t play team sports. Moments were away from parents with cameras and camcorders/ video cameras. So the detail of it all is as blank as the darkness in which we lived, as the hedges on the edges of the fields we sat in. The places the carpark streetlights didn’t reach.

I’m not saying what this band has made is unique, or that this early version of the modern emo sound isn’t something that’s been done. There have to be thousands of alternatives that deliver a similar punch by thousands of bands that may or may not be well known each of which tells a tale of a well lived youth even if the story doesn’t end with a win. But I really, honestly, believe that this is special and reflects the lifestyle just described. Hopefully this post will help it to endure.