So I don’t in any way pretend to be a writer, or a journalist or anything like that. I just sometimes have things that I want to express and do so on this blog. I can’t string good words together and I don’t really know anything about grammar. I also don’t know anything about The Quietus, (I guess you could call it a zine because it doesn’t seem to be available in print) except that their ‘about us’ page doesn’t say much about them. I also don’t know much about Fat White Family, aside from that they got right up the nose of a Guardian journo in a review about their Glastonbury 2014 performance in a way that only a Guardian journo can be gotten up the nose. I also read that they throw pig heads at vegans and hold their own shit on stage. Well, that’s wierd. It also made me groan and think of Pete Doherty.

All that aside I’ve not for a long time read a really bloody good article on a band. This one by John Doran has changed that! 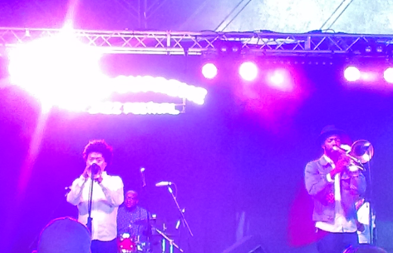 A little background on Takuya Kuroda

Later on the bill at Love Supreme Jazz Festival 2014 in Glynde on the Sunday at The Arena stage was Takuya Kuroda, Japanese born, New York educated trumpeter who although has released previous material, released ‘Rising Son‘ on Blue Note Records earlier this year. A participant in the Jose James school of musical experience, alongside Kris Bowers, “Tak” as James calls him describes an interest in big-band music and the soul of Roy Ayers (of which he covered a couple on the LP) in an interview with the website Soul and Jazz and Funk where he describes almost participating with Robert Glasper at a jam session at Cleopatra’s Needle. The way he comes across in that interview is so far removed from what I saw on stage – huge confidence, huge smiles and lots of enjoyment, but that is an understandable progression by someone who has clearly pushed himself to be absorbed into the scene.

Jose James‘s cohort were all over the place on the Sunday (James, notably with the stunning drummer Richard Spaven and audience-pleasing bassist Solomon Dorsey opened the main stage whilst the two with James‘ guitarist joined Kris Bowers later in the Big Top for a mid-afternoon set). Kuroda was joined with Corey King, trombonist who also plays for Esperanza Spalding who looked rather irked by his first solo. The two shared soloing positions with Kuroda leading but with King‘s soft tones laid on for Ayers‘ Everybody Loves the Sunshine.

Kuroda came onto the stage but before, the bassist who also sported a white shirt and afro was briefly mistaken for him. Kuroda (as mentioned in the previously linked article) was not hugely confident when addressing the crowd, as I imagine many non-native English speakers wouldn’t be, but seemed to grow in his first show as band leader outside of USA. His shoulders dropped and he moved with his soloing in a way that audiences can’t help but fall for. The set was super-glue tight, there was no dead-air between tunes and on at least one occasion one was essentially ‘mixed’ into the next, DJ style.

You get a feeling that the Jose James produced Rising Son is full of soul and hip-hop influenced tunes that match what is in-vogue in Jazz right now, but with tunes like Mala (name dropped as being written whilst inspired by the DJ, Mala) you get the sense that actually Kuroda is the real deal. With him you get what was great about soul and what hip-hop borrowed a decade later. What you hear in sexy clubs around the world for people who like the sound of live music, rather than DJ sequenced stuff.  It would be fascinating to see what he get’s up to on a Saturday, musically, put it that way! For me the biggest sounds are heavy on the blue notes with the sickness of sun drenched hip-hop beats and muted soulful finger bass. He loves to arrange a stabbing horn riff though.

Kuroda managed to completely blow the socks off of a lot of us in the crowd and was clearly enjoying being on stage – and certainly seemed sincere in this enjoyment. When you hear people walk out of the tent struggling to describe how good what they just experienced was you know that it was something particularly good. For a long time I’ve been looking for this album and after many misfires and anti-climaxes I’m so happy with Takuya Kuroda and really looking forward to hearing what he does next. 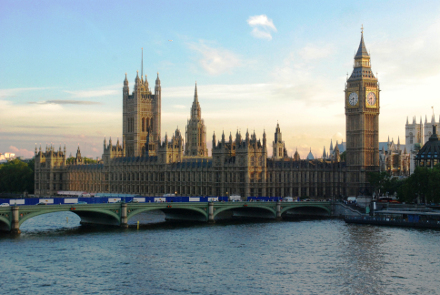 Matt Hancock MP, of the Universities of Oxford and Cambridge, is demonstrating his street cred by being involved in the Barclays LifeSkills promotional campaign. This was also attended by Fabrice Muamba who famously suffered a cardiac arrest on the football pitch. Unfortunately for Matt Hancock, Tory MP, some of the graffiti he had posed in front of, at the oh so trendy and currently massively hip place to hang about (Southbank skate park), suggested one should “sack Cameron!”.

This is such a delicious and ironic example of the rhetoric being laid out, thoughtlessly, whilst politicians do not even bother to read the true writing on the wall. Even when it is writing that they are deliberately posing in front of.

See the image in the original source: Total Politics article on ‘Is this MP sending a subliminal message to the PM?’