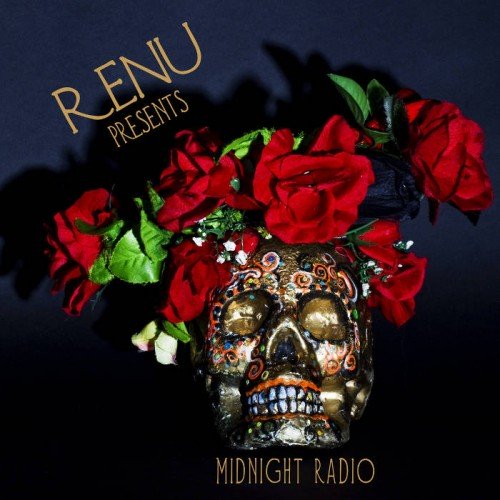 So this artist is special. No, really. I honestly can’t remember in recent times being so captivated by music. Please indulge me for a few minutes whilst I take you on a tangent.

Think back to being thirteen and hearing a killer song or album for the first time. For me it was a lot of the late 90’s trance like the amazing Carte Blanche by Veracocha or the smokey nostalgia of Debris Road by Ocean Colour Scene – songs that hit you in a new way. Exciting music that you’ve never really heard anything like before.

It’s often the case that the first exposure to a song writing technique or genre will reverberate in you and lead to a strong attachment until it’s clear that it’s a device or a pattern and over the years you hear the same thing in lots of songs and it leads to becoming musically desensitized. Some song writing I’ve heard (literally) hundreds of times before, often by studio employees producing-by-numbers for their salary. Some argue it’s being snobby or pretentious, I don’t think it is, it’s just being unstimulated. Our abstract intellect requires stimulation.

Renu seems different, techniques are there and time signatures change but there’s a creative needle threading all the flares of colour and texture in a way that many just don’t seem able to. She clearly has a strong musical vocabulary but opts to only use words if the song demands it. There’s no composing-by-numbers here. Like a sculptor bringing a shape from a block of marble but who must let others be their hands, that’s got to require a trust in oneself and one’s musicians, as a composer. There ought to be so many potential obstacles to the creative realisation but it seems that here are none. There’s no dazzling for dazzling’s sake. There’s a punk spirit here like in others, even if musically they’re nothing like punk. I hear it in Jurassic 5 and Miles Davis, Gil Scott Heron and Roni Size, I even hear it in Erik Satie and Debussy but I might just as likely be going off on one and talking out of my arse. I hear that same implicit thing here.

I suppose, not to do any disservice to Renu, that this is probably one the few actual musical ‘discoveries’ I’ve made (see this Guardian article on the big business of that particular music-biz contradiction). Alongside my much loved Algernon Cadwallader whom I read about on the Punktastic forum and then got heavily into before they one day booked and appeared at my local musical boozer, The Portland Arms in Cambridge, having travelled all the way from Philadelphia.

I saw Renu playing in Rad Orchestra last thing after my girlfriend and I went hunting for food halfway through Norman Jay’s soulful drum and bass heavy set at The Cowshed on Sunday night at Standon Calling 2014. Rad Orchestra were playing at Autumn Shift at about midnight with a hypnotic folk-esque Tinariwen meets Jeff Buckley sound that totally drew us in. Great stuff. Renu was sat intently focussed at a great looking percussion setup right at the front centre of the stage, in the front-person spot. Captivating with striking dark hair and eyes and real intensity. At one point her mic was knocked away and the soundguy came to re-position it in front of her drums and, partly because of the festival … state of mind…, it seemed like when she glanced up at him with that intensity it was going to be like Cyclops in X-Men and he was going to explode into a ball of flames. OK, obviously now I’ve written that it sounds mad but that’s what I thought at the time *cough*. Anyway, so after getting home I followed through the social media and heard her own compositions hence ‘discovery’.

From what I’ve read Renu’s inspiration and musical education have taken her all over the place and seen her perform in all kinds of different guises. The album ‘Midnight Radio‘ is described as a “psychedelic latin twisted rock opera…driving in a fast car along the latin coast”. That’s quite a billing to give it but I could be sitting here for a while and not find a better way of describing it. I’m dazzled by how an album so viscerally slicing and dicing is still so fun. I think you’ve either got that in your DNA or you don’t. I imagine it’s really hard to understate and to not over-indulge. But as seems to be the case, when it’s a rhythm player (particularly bass, drums or percussion) that composes it’s the music that comes first, over individual virtuosity. The album plays as two halves, the first being more lively, the second being more introspective and meditative. ‘Midnight Radio’ gets off to a stomping declarative start and segue’s into a smooth groove of soulful nostalgia with cathartic theatrical string punctuations and chant-link choruses that sound like that luscious fuzzy period of being drunk when dancing to your favourite song. Things flow into ‘Mustang’ and we move into operatic Santana territory. ‘Pretty People’ rises and falls like a traditional drinking or Music Hall song, one slight criticism is that, bar a couple of riffs, the electric guitar seems a little out of place, neither high enough to hit nor structured enough to complement. I’d try to describe ‘Paradise Lost’ but her own explanation is gorgeous:

“I wrote this on a Greek island. Visually it was paradise but emotionally void. The impending doom of the Greek economy and subsequent mood of the Greeks was evident. My father has passed away only a few months before and I needed to get away. I thought Paradise would make the pain go away. Europe has a history of fascism and it’s economic well-being is intrinsically tied up with it’s happiness and in/tolerance. I felt the atmosphere was the sapling for 3rd World War”

Later things get hypnotic. Renu seems to have a brilliant ear for layering infectious textures. ‘Through the Fire’ is a sizzling, stripped down, wistful piece standing halfway between pain and resolution. Then we get hip-shaking ‘Mi Morena Amor’ with a sample in (what I’m guessing is either) Spanish or Portugese. ‘We Rise’ is an impassioned “protest love song” with string, guitar and charango phrases rising to express and falling back into the mix. ‘Mustang (WARMI mix)’* shows how well the album is ordered, a beautiful and happy rest-bite with haunting pan-pipes, something that really triggers deep nostalgia in me. Like a good jazz improvisation, you’ve got to give the audience a chance to process what they’ve heard. Then ‘Time is Time’ is just captivating, pure splendor and I don’t think it actually features Renu on any instrument at all. You just can’t do multi-layered hedonism if you can’t do meaningful. The feature of ‘Time is Time’ instantly compounds everything you’ve just heard on the album. A breathtaking example of saying the perfect word after the perfect word to create the perfect sentence to say exactly what you intended to say. The final song, ‘Mustang (Instrumental)’ is like a coda where the novel you’ve just read is laid out in each small poem you might not have appreciated beforehand.

I hadn’t even heard of Renu before last Sunday and I listened to this album twice in succession after I downloaded it. On a reflective Sunday evening my girlfriend just asked me to do the exact same thing and so two days in a row I’m listening to it all the way through twice. I can’t wait to see what she does next. I might even venture into the capital!

Including this amazing video that I noticed whilst doing some link trawling:

*I think this is the WARMI reference: https://www.youtube.com/watch?v=iYIgq_150uo